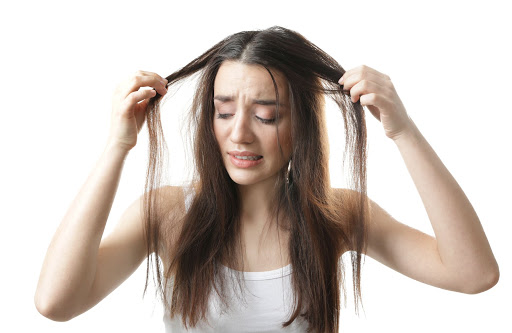 What is Trichotillomania DSM-5?

Trichotillomania (trick-o-till-o-may-nee-uh) (TTM or “trich”), also known as hair-pulling disorder, is characterized by the repetitive pulling out of one’s hair. Trichotillomania is one of a group of behaviors known as body-focused repetitive behaviors (BFRBs), self-grooming behaviors in which individuals pull, pick, scrape, or bite their hair, skin, or nails, resulting in damage to the body.
Research indicates that about 1 or 2 in 50 people experience trichotillomania in their lifetime. It usually begins in late childhood/early puberty. 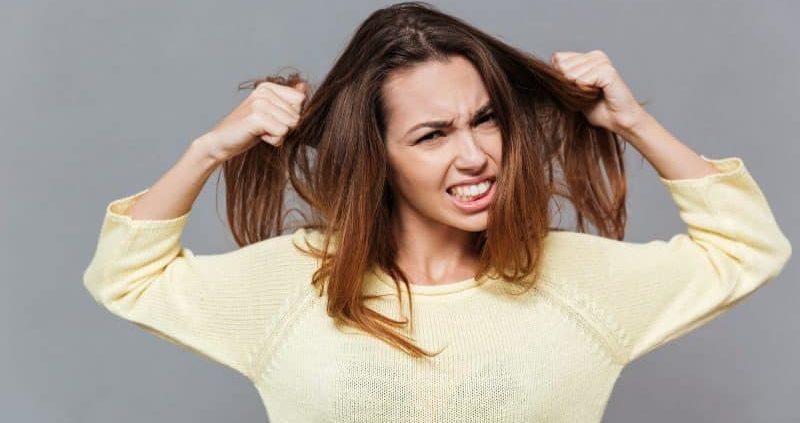 The primary feature of trichotillomania is recurrent pulling of one’s own hair. Hair pulling can occur in any region of the body in which hair grows; the most common sites include the scalp, eyebrows, and eyelids. Less common areas include facial, pubic, and peri-rectal regions.1

Other symptoms can include the following: 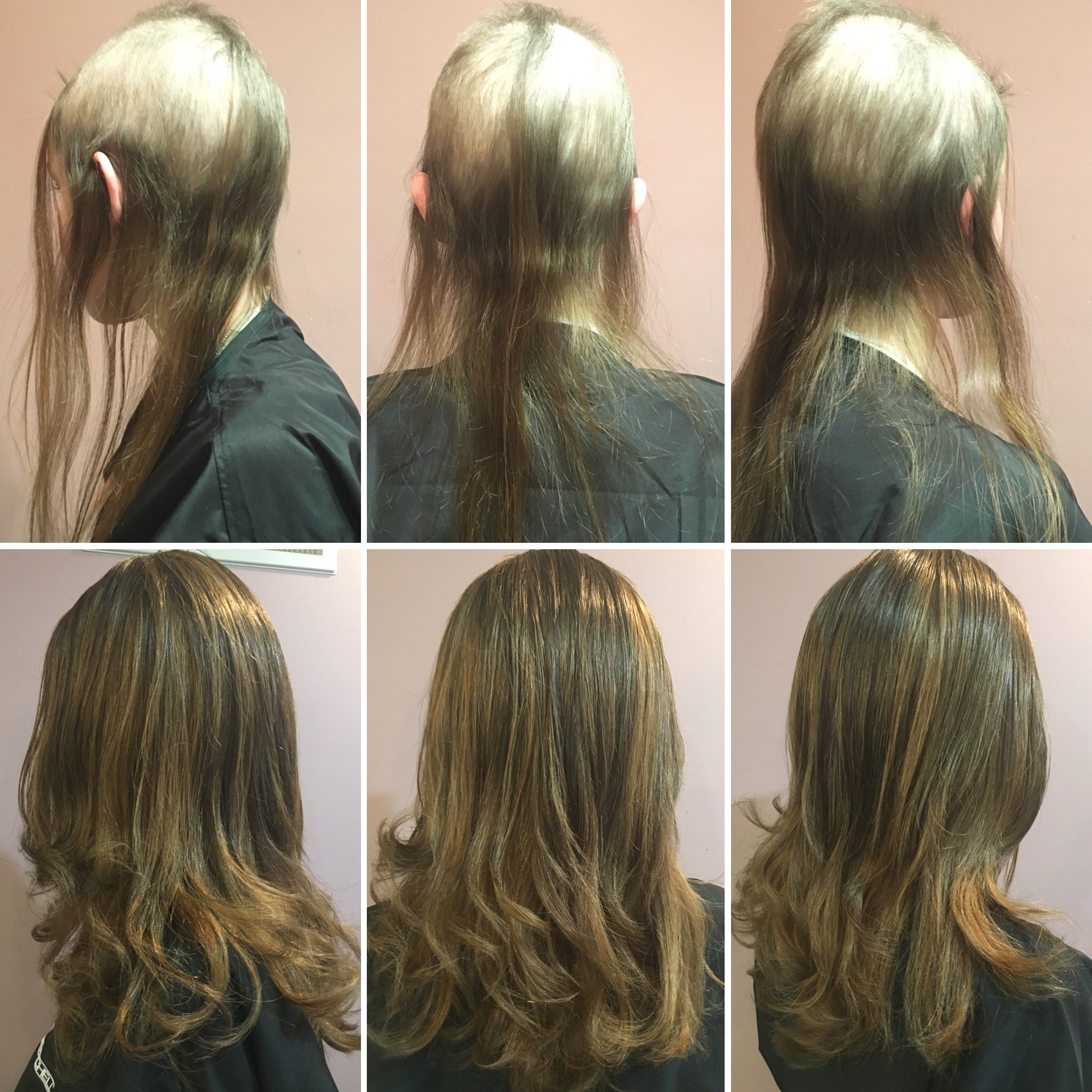 The exact cause of trichotillomania still remains largely unknown. Note: 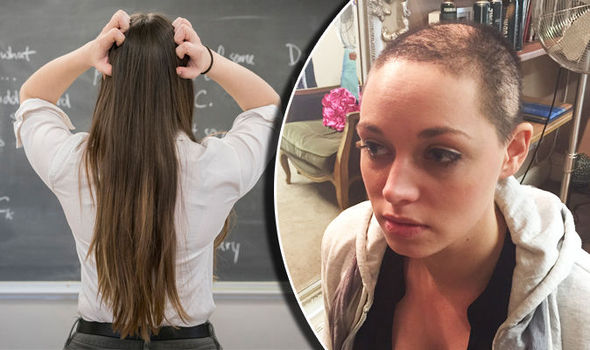 What are the complications of trichotillomania?

Trichobezoar (undigested hairballs) is a rare but potentially life-threatening complication of trichotillomania, which results from the ingestion of pulled hair (trichophagia). It may present with abdominal pain, nausea, vomiting and constipation. It may also cause bowel obstruction or perforation.

Other reported complications include:

Hair pulling may be triggered by or accompanied by a number of emotional states. It can be preceded by anxiety, boredom, stress, or tension, and can result in feelings of gratification, relief, or pleasure following the pulling.2

Focused hair pulling: Some people engage in focused hair pulling with the intention of experiencing tension relief from pulling. In this case, the hair-pulling can include specific rituals, including pulling certain types of hair.

Automatic hair pulling: Some people engage in hair pulling without fully realizing it. This can occur when they are bored, watching TV, or engaged in other mindless activities.

Mixed hair pulling: Many people engage in a mix of both behavioral styles.

Many individuals diagnosed with trichotillomania also have other body-focused repetitive behaviors, including skin picking, nail-biting, and lip chewing.

The 12-month prevalence for trichotillomania in adults and adolescents is 1-2%, with a female to male ratio of 10:1. Among children, females and males are more equally represented.3

The onset of hair pulling most often coincides with or follows, the onset of puberty. The course of the disease is chronic, though individuals can experience symptoms that wax and wane over time.

There does appear to be a genetic component to trichotillomania. The disorder is more common among individuals with obsessive-compulsive disorder and their first-degree relatives than the general population.4

When to Seek Help

If you can’t stop pulling your hair and you experience negative repercussions in your social life, school or occupational functioning, or other areas of your life because of it, it’s important to seek help. Trichotillomania won’t go away on its own. It is a mental health disorder that requires treatment.

In some instances, hair may be manipulated or pulled out for cosmetic reasons. Individuals may remove hair to improve their physical appearance or may twist the hair or even bite it as part of normative behavior – not to be confused with trichotillomania.

Other obsessive-compulsive disorders may share features of trichotillomania, with sufferers of OCD sometimes pulling hairs to create a symmetrical appearance. Likewise, those with body dysmorphic disorder may remove hair that they think is ugly. In neither case is the diagnosis trichotillomania.

Some psychotic disorders may incite sufferers to remove hair during delusions or hallucinations, while substance abuse – of stimulants, for example – may also make individuals more prone to pulling hair. Other neurodevelopmental disorders may feature hair pulling as a stereotypy.

Hair pulling and loss may also be attributed to another medical condition, such as dermatological disorders, alopecia and folliculitis decalvans. In these instances, a skin biopsy may be carried out to ensure the correct diagnosis. (American Psychiatric Association 2013)

Treatment should start with reassurance, education of parent and caregiver, and discussion around possible options to manage the condition. Treatment usually involves some form of behavioral therapy including parental techniques. In younger children, management is usually conservative, attempting to prevent hair pulling (cutting hair close to the scalp, gloves or socks to cover the child’s hands), gentle reminder when hair pulling is observed, and time-outs. Treatment of other behaviors such as thumb sucking may also be helpful.

In older children, other behavioral therapies may be possible. The techniques used vary widely and may include habit reversal training.

In resistant cases in adolescents and adults, medications such as tricyclic antidepressants (eg clomipramine) and selective serotonin uptake inhibitors may be considered. Limited evidence has suggested that N-acetylcysteine may help.

The TLC Foundation for Body-Focused Repetitive Behaviors (2018) What is Trichotillomania? http://www.bfrb.org/learn-about-bfrbs/trichotillomania Date Accessed: 05/12/2018.