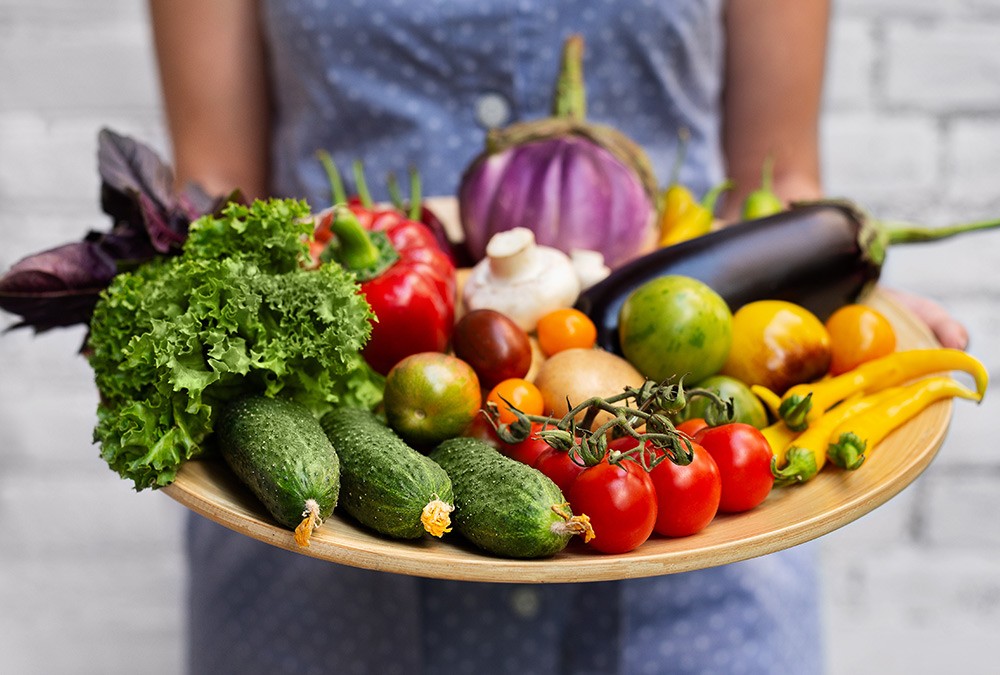 It’s all about losing weight and keeping it off in a healthy way. We talk about low carb diets, fasting, exercise and all that good stuff. If that sounds like something you’d be into then I’d love it if you’d Bookmark our site.

Now, all the vegetables in this Article contain less than 5 grams of net carbs per 100 grams of food and net carbs are the digestible bit that our bodies actually can use for energy. It’s a really low amount of carbs which means you’ll more than likely be full before you start to overeat these foods and as you’ve probably noticed I’m British, which means we call some of our vegetables by different names from pretty much most of the rest of the world. I’ll try and use the common international names for these things but hopefully, it should be obvious from the pictures what I’m talking about which brings me neatly on to 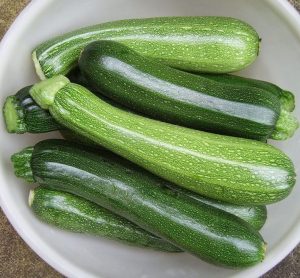 Number 1. We call them courgettes you might call them zucchini. This member of the squash family is particularly low in carbohydrates and it’s versatile. Compare it to other members of the squash family such as pumpkins which have 6.5 grams of net carbs and butternut squash which has 10 whereas courgettes have just 2.1 net carbs per 100 grams. You can roast them. Fry them. Grill them but they’re perhaps most famous in the low-carb world as an alternative to pasta. You can use a spiralizer to turn courgettes into spaghetti which we call “courgette” but I guess if you call courgette zucchini I guess zoodles work just as well. You can try this Courgetti Bolognese recipe or if you’re feeling a bit more adventurous then use them as a noodle substitute, in this ramen noodle recipe.

Number 2 is aubergine or eggplants. Now, these can be cooked in a variety of ways I love them because they suck up the flavor from everything around them. My favorite way to cook them is to cut them into thin slices and use them as a substitute for lasagna sheets. Asparagus, this vegetable has such incredible flavor especially if you can get it locally produced and in season. It makes a great low carb side dish steamed, sauteed, barbecued. It makes a fantastic accompaniment for steak. 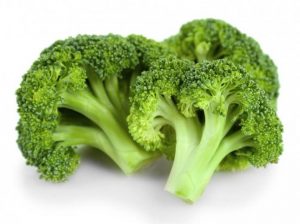 Number 4 is broccoli. Now, this might seem like a pretty boring vegetable especially if it’s just boiled or steamed but there are loads of great where you can cook broccoli that make it loads more exciting stir-fry it, roast it or even blend it up into a soup.

Number 5 is mushrooms. Love them or hate them, mushrooms are very low in carbs. I always try to keep some in the fridge garlic mushrooms are a great tasty side dish just saute them with some butter and some garlic I mix mushrooms with some cheese as a stuffing for an omelet or make a lovely creamy mushroom sauce to go with steak. 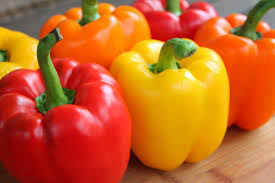 Number 6 is peppers. Now fun fact red peppers are just ripe green peppers they go through yellow on the way to get there and the ripening process means that more sugars will be present in the flesh of peppers. Green peppers are a really solid low-carb choice at 3 net carbs whereas red and yellow peppers only just make this list at 5 grams per 100 grams. You can slice them up and eat them raw in salads or fry them up as part of this awesome Beef Fajita dish. 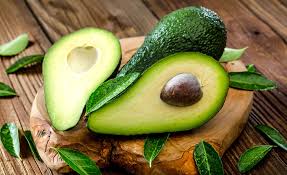 Number 7 is an amazing avocado. Avocados are one of my low carb superfoods. They’re just loaded with healthy fats and are perfect in salads, blended in smoothies for an extra creamy texture or squashed up to make guacamole is it guacamole or guacamole … hmm I don’t know If you’ve never tried making guacamole at home it’s really easy and it’s so much better than the shop-bought stuff. There’s a recipe for it as part of the Beef Fajitas recipe that I mentioned earlier, so make sure you check that out.  Not all of these vegetables are technically vegetables. Yeah, indeed, some of them are technically fruits but we talk about them as vegetables because they have similar nutritional profiles to vegetables even though they’re not but here’s a little challenge for you let me know in the comments down below which is the items on this list is technically neither a vegetable nor a fruit. Be a fungi and drop me a message in the comments below ⬇️⬇️⬇️ 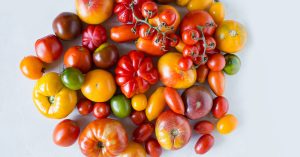 Number 8 is the humble tomato. Again it’s not a vegetable but it is a fruit. Lots of people seem to get upset about tomatoes on low-carb diets and I’m not sure why that is. Yeah, there are certain varieties which are a bit sweeter than others and may have a slightly higher carb count but most are pretty low in carbs and of course, there are hundreds of different ways that you can use tomatoes such as raw in salads or cooked but beware of sun-dried tomatoes for the same reason that we avoid dried fruits the sugars that are there are just so much more concentrated in anything that’s been dried. 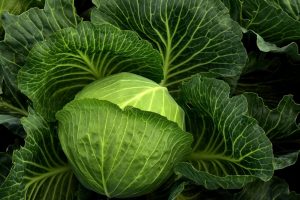 Number 9 is cabbages. Now cabbages don’t have to be boring you know shredded cabbages can form the basis for coleslaw and work well as a sort of noodle substitute for low carb stir fry. These can be seriously tasty. 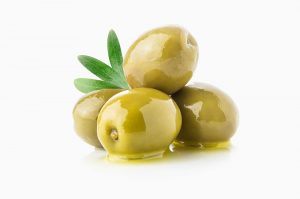 Number 10 is olives. Love them hate them, they feature in quite a lot of our recipes over at carbdodging.com but olives are often my go-to snack on the road because you can usually pick up a small pot in pretty much most supermarkets very easily. 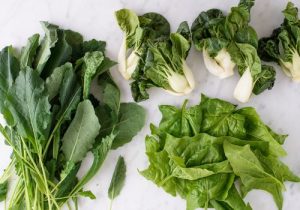 Number 11 is a group which is green leafy vegetables and by green leafy vegetables, I mean things like spinach, bring greens, kale that kind of things. I’m not going to go into detail in this one because they’re not exactly the most inspiring out of all of these vegetables but they are super low in carbs and full of important nutrients whether you decide to cook them or blend them into smoothies. They’re always something we get more of in our diets. 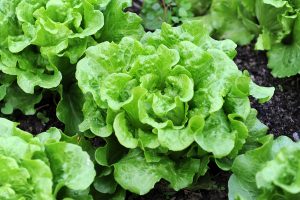 Number 12 is lettuce and number 13 is cucumber and I’m going to talk about these two together again because they’re not overly excited on their own but they form the basis of amazing salads which you can eat your heart’s content on a low-carb diet. 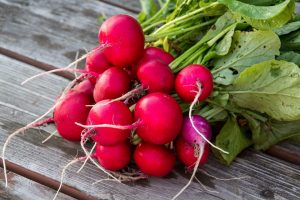 Number 14 is something that I think is frequently overlooked as a great low carb vegetable it’s radishes and this includes the radishes oriental cousin the daikon radish or mooli. I always used to think of using radishes in salads and we’ve used them in this awesome Salmon Nicoise Salad but they can also be roasted and stir-fried get creative with them. 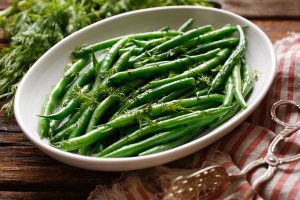 Number 15 is green beans which we also used in the salmon Nicoise salad. You can use them in salads stir-fries or as a side dish but they also work well for meal prep foods because once cooked they can be stored well in the fridge for a few days and last but by very means not least, 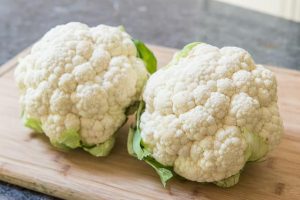 Number 16 is the cauliflower. Oh, cauliflower I can’t believe I’ve left you until number 16. Now it’s fine I may have saved the best to last. Cauliflower is quite possibly the king or queen of low carb vegetables. It can be mashed like a potato substitute blend it with parmesan and use it to top off this amazing shepherd’s pie grate it pulse it up in a blender chop it up finely and use it as a low carb rice substitute and I just love to chunk it up into florets or steaks and roast it in the oven with some salt pepper and oil it’s such a quick easy and tasty side dish. You can even make cauliflower into a pizza base and if cauliflower can be a pizza base then my friends anything is possible!!