Girl in adolescent crisis sitting on the steps of a basement, covers her face with her hands. A natural light penetrates from above.

Most people hear the words suicidal tendencies and thought of the thrash band with the same name. I know I did, and I feel a little guilty about it too. Suicide is no Funny matter, and it’s no subject to forget. If we don’t get better at this, at noticing when something’s wrong, we’re going to continue to lose some outstanding people to this monster.

The truth about suicidal tendencies

There’s a common misconception about suicide. Unfortunately, taking your own life is seen as a weak move, and maybe, in some cases, it can be. But for the most part, suicide is something different.

I’ve told a few people about a friend of mine who committed suicide. He was a handsome 22-year-old man with a beautiful girlfriend and a loving family. He seemed pretty happy, for the most part, cracking jokes and always socializing. But there was a dark spot on his life, his mother, also at the age of 22, ended her life, with her son on her lap.

My friend, you might say, seemed marked by this suicide. It seems he heard the stories and maybe focused on this incident throughout his tender life. Whether he did or not, we may never know, but he is gone now, a victim of the same fate.

So, that’s my testimony, right? Wrong.

On an occasion about 10 years ago, I attempted suicide as well. I took a handful of pills and decided to die. I didn’t want to deal with my feelings, they were just too strong. It’s not that I was a coward because I had been fighting my entire life with mental illness, I was quite the opposite of a coward. I just didn’t see any point in anything anymore. Why endure the pain of living?

But I didn’t die, obviously. I won’t lie to you and say I never thought about it again either because, honestly, it’s a passing thought at least twice a week, even now. It never really goes away because it’s always that option waiting right there behind you. It’s horrifying.

Now, with that being said, how do you feel about suicidal tendencies? Do you think you could have prevented my friend’s death? Do you think you would have seen my indicators? People walk by me every day and have no clue about the content of my mind. They do this with everyone else too. You really have no idea what you’re dealing with.

Now let me pull back the veil and show you

Do you want to know how to tell when someone is close to the edge? Do you need to be able to pick up on suicidal tendencies? The raw truth is there is no 100% way of being certain of who is close to suicide and who is “just fine.” But, there are a few indicators that could get you pretty close to the truth, if you pay close attention.

If someone you love is being uncharacteristically quiet, then it could just be a change, or a lack of sleep, or a health condition. Or, they could be feeling numb and taking a much too deep look into their life and goals. This is not a bad thing, for the most part, but it is something that you might want to pay attention to. Remember, I did say “uncharacteristically quiet”. This doesn’t include introverts. That’s a different thing altogether.

Now, I’m not telling you to pester this person and ask them a hundred questions because, you know, they just might be trying to spend time alone. I’m telling you this, so you can take note of how often this happens and if it continues for weeks at a time. Also, it doesn’t hurt to make sure they know how much you care. Then, step back and give them space.

The topic of conversation

If someone is talking about suicide every day, or every other day, then you definitely need to be on high alert. I’ll just be honest, if someone even mentions suicide once a week or so, you need to be on alert. Talk to your friend or family member who entertains this idea of suicide. Ask questions, be present and make sure they know you love them. I know, I’ve said that already, but you just can’t say it enough.

It’s okay to talk with them openly about suicide, considering it’s their preferred topic of conversation. Finding a way to relate to this mood is also a way to connect and make sure they know they are not alone. Do not support the idea of suicide, but do not be judgemental either. Keep it neutral and allow your loved one to express their true feelings.

Pay attention to certain words and topics when talking to your friends and family. Does your loved one talk about feeling worthless? Suicide often follows admissions of losing hope and feeling like no one loves you. If you hear certain indicators like these, it’s possible that your friend is contemplating death. Always listen closely and provide any support needed for them to feel wanted.

If you’ve noticed an increase in alcohol consumption or drug use, then you could be dealing with a high-risk situation. Many people drink in a social manner and even heavily, but a sudden increase in the consumption of alcoholic beverages could mean an attempt to numb the pain.

In an instance such as this, if left untreated, alcohol consumption could increase. This can be dangerous in more ways than one. First of all, an attempt at suicide could still occur despite the habit. Alcohol consumption could pose other risks such as automobile accidents and domestic violence. It is so important to pay attention to it.

If a friend is suddenly trying to push you away, you could be dealing with something serious. Now, don’t jump to conclusions, just be aware. If this friend was once a social butterfly, then something is definitely wrong. The only thing you can do is make sure you push back into their lives every once in a while, being careful not to push too hard. You just need enough to let them know you’re there. Otherwise, stay in the background but keep an eye out for danger.

Other signs of suicidal tendencies

So, those are a few things to look out for. I hope it helps.

For now, this is all I will leave you with. Without being overwhelmed, I want you to think about the language you use as well.

Never say someone wants attention for talking about suicide, never say it’s a cowardly decision and never ignore someone who’s negative most of the time. I know it’s not the most fun thing to deal with, but when someone feels down, they need you to help them get back up.

Pay attention and show love. Oh, and stay educated on this subject because we’re going to save some lives!

Suicide prevention methods and treatment are based on patient risk factors. Treatments are prescribed in light of underlying conditions in addition to the prevention of suicidal thoughts and acts. If you are suffering from a mental disorder, a treatment plan to treat this condition is implemented first. One of the most common suicide prevention techniques is psychotherapy— also known as talk therapy —in the form of Cognitive Behavioral Therapy (CBT) or Dialectical Behavior Therapy (DBT).

Cognitive Behavioral Therapy is a common treatment option for individuals suffering from a variety of mental disorders. In this method of psychotherapy, you are taught new ways of dealing with stress and stressful life experiences. In this manner, when thoughts of suicide arise, you can redirect those thoughts and cope with them in a different way than attempting to take your own life.

Dialectical Behavior Therapy is used to help an individual recognize disruptive or unhealthy feelings or actions. In relation, this therapy method then introduces techniques on how to deal with difficult or troubling situations. More research is needed on psychotherapy related to suicide prevention though, as DBT, in particular, has been shown to decrease the prevalence of attempted suicide but has shown no effect on completed suicides.

Medications can also be prescribed as a prevention method to suicide; however, controversy exists in this method, as many medications used in the treatment of mental disorders include increased risk of suicide as a side effect. Antidepressants especially carry a risk of a potential increase in suicidal thoughts and behavior—but this risk might be dependent on age. Clinical research has shown that young adults increase their risk of suicide and suicidal thoughts when taking antidepressants, but in older individuals, this side effect diminishes.

Increased awareness among doctors is also a prevention technique. Research indicates that many individuals who have completed suicide or attempted suicide did seek medical attention in the year prior; however, warning signs may have been missed. Increased education and awareness among medical professionals might decrease suicide rates in the future.

Popular “crisis hotlines” have not received solid data indications in the research that suggest their use is effective or not. Though, one positive side effect of these hotlines is that they are generally well-known which increases the general population’s awareness of suicide. In an additional effort to bring awareness to suicide and risk factors associated with suicide, September 10 has been observed as World Suicide Prevention Day in partnership with the International Association for Suicide Prevention and the World Health Organization.

If You Need Help

If you are suicidal, call the National Suicide Prevention Lifeline at 1-800-273-TALK (8255), available 24 hours a day, 7 days a week. Anyone can call toll free and all calls are confidential.

If you know of someone who is suicidal, do not leave the person alone. Attempt to get them immediate help from their medical provider, hospital, or call 911. Remove access to dangerous items, such as firearms, medications, or other potential risks. 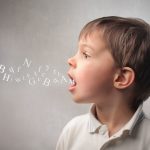 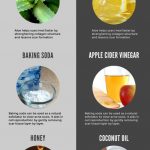