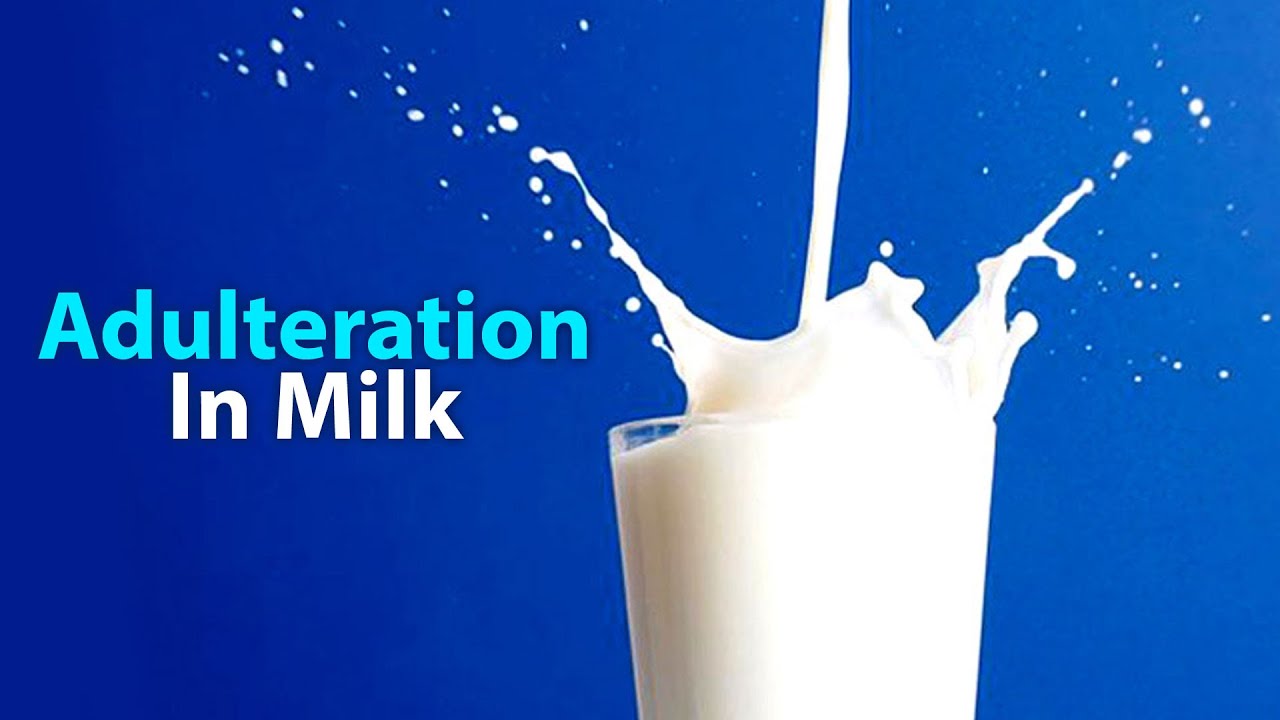 Milk adulteration is a concern for every household be it a village or an urban area. Adulteration of milk can be as simple as the addition of water or mixing of detergent which has many harmful effects on human health.

One can easily check adulteration in milk through various tests performed at homes or in the lab. It is recommended to go for a milk adulteration test if you suspect there is a change in color, taste, or odor.

There are many ways to test the purity of milk and avoid the consumption of harmful chemicals. To find out more about adulteration in milk and its tests continue reading on.

What is Milk Adulteration

If we go by simple adulteration meaning it is the act of adding substances to any food product to alter its quality and quantity while keeping its appearance the same as the original.

The adulterants can be any material that may or may not be harmful to health but such an act is illegal in any situation. Food adulterants make it unsafe for consumption as the substance added is of low quality and injurious to health.

Adulterated food is toxic and lacks in nutrients that the original food should have. Commonly used milk adulterants include starch, urea, sugar, detergent, and formalin that increase the viscosity of the milk and longer shelf life.

There is no fixed answer for what is the adulteration of milk? It can be either addition of water to increase the quantity of addition of glucose for more thickness and viscosity.

Any kind of milk adulteration is beneficial only to the producers and suppliers but never to the consumer.

A consumer suffers faces serious health issues besides the money wasted in buying the adulterated product and medical treatment.

Whenever you see someone falling sick after having impure milk you want to know are consuming pure milk or not.

You start looking for ways on how to check adulteration in milk at home. There are several means to test the impurity of milk and if found adulterated you can get it tested in labs for confirmation.

You can also use the test reports to file a complaint against the supplier and save others from getting sick.

Since there are many kinds of things added to the milk, there are different tests to identify different adulterants. Some of them are discussed below:

Adding water is the easiest way to increase the amount of milk as it won’t change the color of the milk.

You can detect the presence of water in milk at home by putting a drop of water on the surface. The surface should be slant so that you can observe the flow of liquid easily.

While the pure milk will flow slowly the drop of milk adulterated with water will flow faster without leaving any trail behind.

The addition of urea in milk is another common practice. To check the presence of urea, take a tablespoon of milk sample in the test tube.

Add half a spoon of soybean powder to the sample and mix it. Now dip a red litmus paper in the mixture for about thirty seconds. If the color changes from red to blue there is an adulteration of urea.

To check the presence of added starch in milk adds a few drops of iodine solution to the milk sample. It is easily available in medical stores. If the sample turns blue, it means starch has been added to the milk.

Glucose inverts sugar increases the consistency of the milk. To test the adulteration in milk, take a dicentric strip and milk sample. Dip the strip in the sample for half to one minute. If there is a color change, there is an addition of glucose.

Other adulteration in milk tests can be done in labs that include a test for formalin, Vanaspati, salt, ammonium sulfate, hydrogen peroxide, boric acid, and sodium bicarbonate.

Many times milk products such as khoya and chhena are also adulterated. Their purity tests can also be conducted in the laboratory.