What is Major Depression Disorder?

Major Depressive Disorder: Sadness is a natural part of human life. People may feel sad or depressed when a closed one passes away or when they’re going through a life shift, such as a divorce or serious illness. However, these feelings are normally short term. When someone exposure to persistent and intense feelings of sadness for long periods of time, then they may have a Major Depressive Disorder (MDD).

There are many different types of major depressive disorder

The exact cause of major depressive disorder isn’t known. However, there are several factors that can increase the risk of developing the condition. A combination of genes and stress can affect brain chemical balance and reduce the ability to maintain mood stability. Changes in the balance of hormones can also contribute to the development of major depressive disorder.

MDD may also be triggered by:

What are Major Depressive Disorder Symptoms

Your doctor or a mental health professional can make a Major Depressive Disorder diagnosis based on your symptoms, feelings, and behavior patterns. They will ask you some questions or give you a questionnaire so they can better find whether you have MDD.

To be diagnosed with Major Depressive Disorder, you need to meet the symptom criteria listed in the Diagnostic and Statistical Manual of Mental Disorders (DSM). This manual helps Doctor diagnose mental health conditions. According to its criteria, you must have 5 or more of the following symptoms, and experience them at least once a day for a period of more than 2 weeks:

In addition to taking medications and participating in therapy, you can help improve major depressive disorder symptoms by making some changes to your daily habits.

You should feel as though you have choices. You most likely will not have to be hampered by this disease and the negativity that often comes with symptoms of depression. Talking to a counselor and a medical professional is the first step to living a better, more fulfilling life. 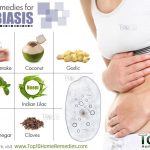 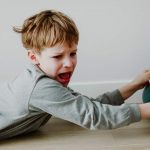