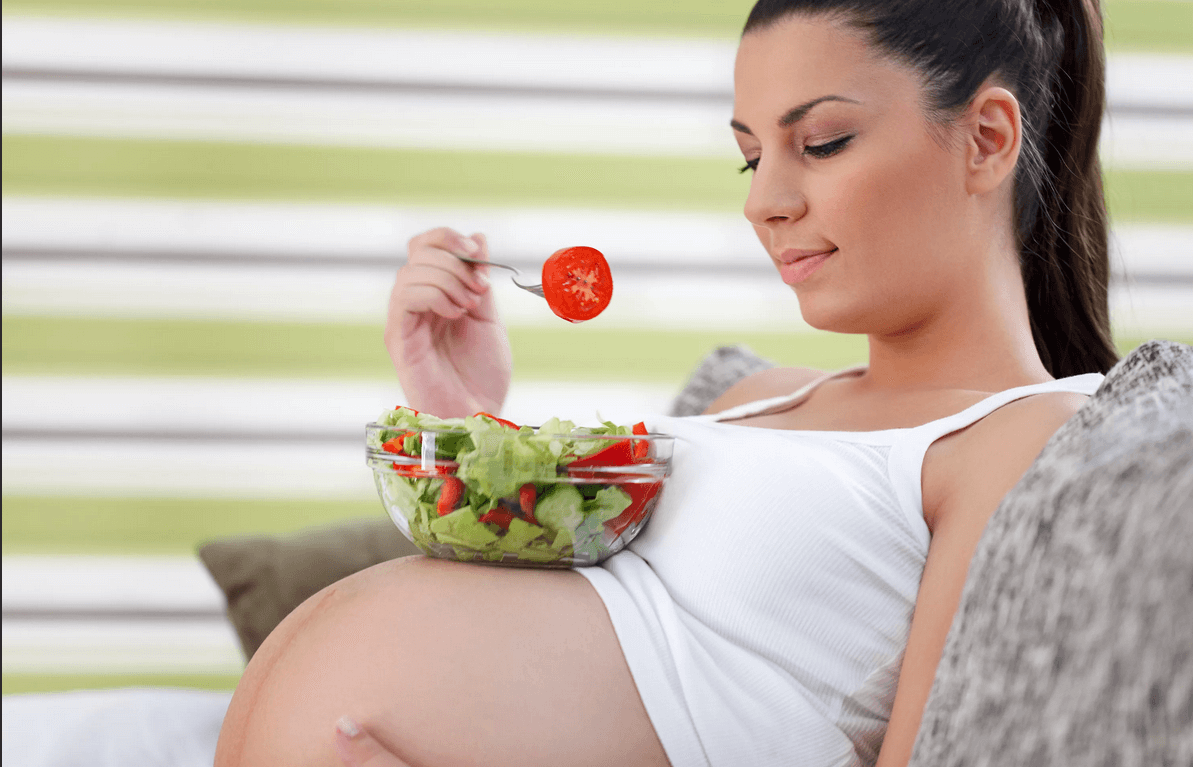 For a future mother, taking care of proper and healthy nutrition is essential. Pregnant women sometimes have to give up even the most common products to avoid allergies and other unpleasant consequences.

Fresh and canned tomatoes, pickles, ketchup, and sauces are all familiar and loved by many foods, but are tomatoes good for pregnancy? Let’s try to figure out how to get the most out of these vegetables without harming yourself and your baby.

The benefits of tomatoes during pregnancy

The taste of tomato sauce is sweet and sour. It can increase appetite, and the body more readily absorbs lycopene in the state of containing fat, especially suitable for patients with arteriosclerosis, hypertension, coronary heart disease, and nephritis.

Tomatoes are not only safe but also have several health benefits during pregnancy:

Ripe tomatoes purify the blood and improve its circulation in various body parts. Lycopene helps fight cancer-causing radicals, thereby preventing the development of cervical, ovarian and rectal cancer in pregnant women. The deeper the red color of a tomato, the more lycopene it contains. 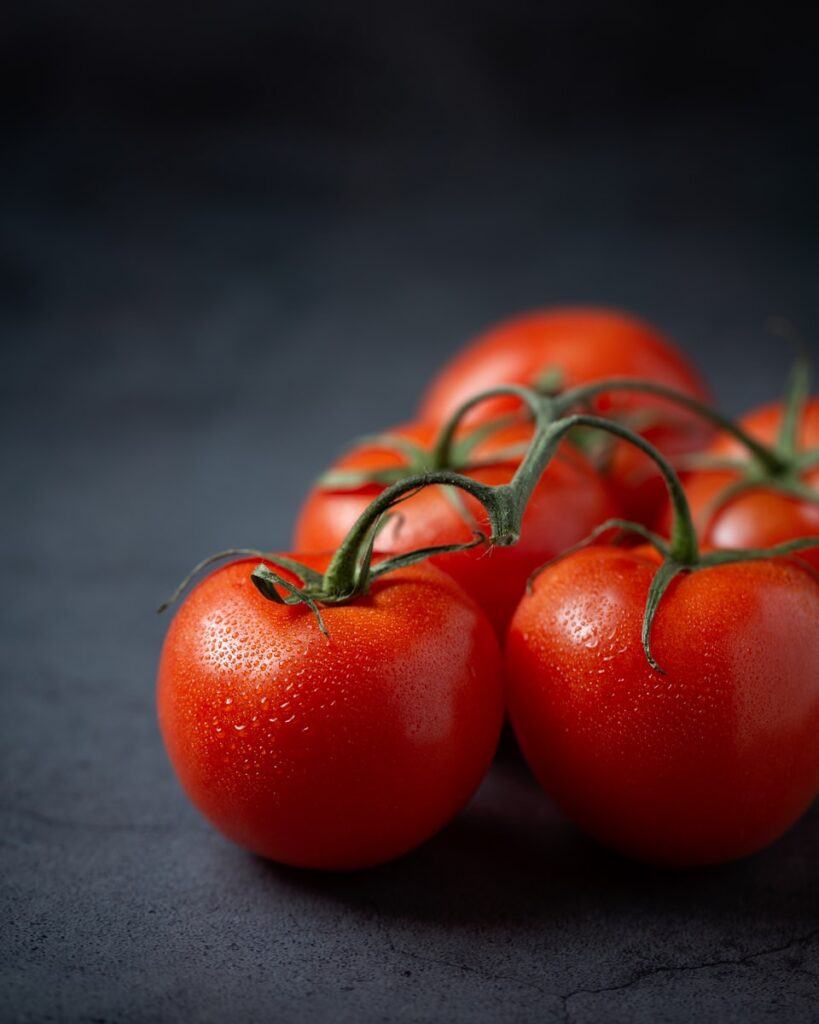 Fresh tomatoes are most beneficial during pregnancy. They contain ascorbic and folic acid, as well as lycopene, iron, and potassium, which support the health of the expectant mother and fetus. Vitamin C helps to absorb better the iron that pregnant women need.

Often during pregnancy, pulls on fresh tomatoes. It is believed that this preference indicates the sex of the child – a boy will be born. However, this statement is nothing more than a myth.

Scientists have linked tomatophagia, or strong cravings for tomatoes, to iron deficiency. Dried (semi-dry) tomatoes are good during pregnancy.

Useful tomato juice. Tomato sauce and ketchup are not dangerous for pregnant women if consumed in moderation. They contain as many nutrients as fresh ones but are less likely to provoke heartburn and reflux.

Salted tomatoes, which slow down water metabolism in the body, should not be consumed during pregnancy. They will do more harm than good to the expectant mother’s body. Especially in the second and third trimesters, excess salt increases the burden on the kidneys and causes swelling.

It is undesirable to eat canned tomatoes during pregnancy. Salt and vinegar used to prepare vegetables can increase blood pressure and cause heartburn and swelling.

The problem is also banks, covered from the inside with a protective plastic layer.

This plastic (or epoxy) often contains a chemical called Bisphenol A (BPA). According to some scientists, the compound may affect circadian rhythms, emotional regulation, aggression in children, and promote hyperactivity.

To reduce the danger, it is better to cook canned tomatoes yourself using the cold canning method or buy the finished product in a glass container. In diseases of the kidneys, cardiovascular system, and hypertension, it is necessary to exclude salted and canned tomatoes from the diet completely.

The harm of tomatoes and contraindications

While moderate consumption of tomatoes is safe during pregnancy, too many vegetables can cause unpleasant symptoms:

It should also be noted painful conditions that serve as contraindications to the use of tomatoes during pregnancy:

An allergy to tomatoes may appear during pregnancy, even if no such problem exists.

How to eat tomatoes the right way

Tomatoes are helpful in all trimesters of pregnancy if they do not cause discomfort. Eating them raw, dried, or prepared juice with pulp is better.

In the early stages

Tomatoes in the 1st trimester will help meet the need for folic acid, which is necessary to reduce the risk of birth defects of the brain and spinal cord in infants. But tomatoes in the early stages do not save well from nausea. Due to the increased acidity, they can exacerbate the problem rather than alleviate it.

Pregnant women can eat 1-2 tomatoes a day in the early stages if there are no problems with heartburn and reflux.

At a later date

Tomatoes contain a lot of dietary fiber, so they will be helpful in the 2nd and 3rd trimesters when women are significantly affected by constipation. Fiber increases stool volume promotes peristalsis, and stimulates digestive juices.

Regular consumption of tomatoes later in pregnancy may reduce the risk of preeclampsia, which is common in the second half of pregnancy. Potassium improves blood flow and reduces the workload on the heart. If there are no contraindications and discomfort, a woman can safely eat 2-3 large daily vegetables.

What can be cooked with tomatoes

Tomatoes are not only healthy but also delicious. They can be included in the diet during pregnancy in various ways:

Another great idea is to make homemade ketchup and sauces. Purchased during pregnancy are best avoided. They have too much sugar and sodium. Here are some pregnancy tomato recipes you can try: 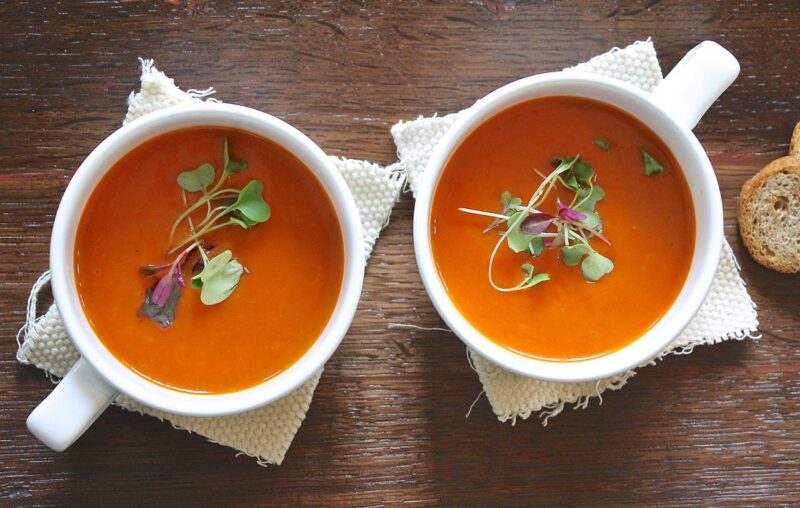 Add a liter of water, chopped tomatoes, and millet to the pan, and cook over medium heat for 8-10 minutes. Cool slightly and mix in a blender.

Put butter and onion in a pan, and fry until golden brown. Transfer to a saucepan with tomatoes, pour milk, add salt, sugar, pepper, and simmer over low heat for 5 minutes. Serve hot with toasted bread.

Heat oil in a frying pan, and fry chopped onion and garlic until soft. Add tomatoes, sugar, salt, and pepper, and let the mixture boil. Reduce heat to low, and simmer for 30 minutes. Cool slightly, and add chopped basil.

Include tomatoes in your pregnancy diet as desired, but eat them in moderation. Heartburn and acid reflux, which often plague pregnant women, can be exacerbated by eating large amounts of tomatoes.

You should not unnecessarily lean on salted and canned fruits, and in case of diseases of the heart and kidneys, they must be abandoned entirely.